The starting of a new decade brought new and innovative concepts to the creation; we witness the release of the latest next-gen consoles in the form of Xbox Series X and PS5. These consoles are nowhere like the previous generation consoles, but they are on another level.

We can finally say that ninth generation gaming is here with the launch of PS5 and Xbox Series X. These are said to be the two most well-built home consoles ever made, but the million-dollar question is which console has the upper hand?

The audience was expecting the big news of the introduction of 8K resolution gaming, but the manufacturers had something else stored for these consoles. Both the consoles focused majorly on the frame rate and ray tracing revolution. Therefore, the gamer can feel more responsiveness from these next-gen consoles while playing games in 4K.

Following is a comparison between the accessories of PS5 and Xbox Series X:

Sony introduces PS5 with a Shareconn charging station that charges two DualSense controllers. It enables fast charging and has a portable design so users can carry it anywhere.

At the same time, Microsoft features dual charging ports for easy charging of Xbox Series X controllers. The set also comprises 2x fit rechargeable batteries. The PS5 charging dock is available at a reasonable rate of 12.99 euros, while the Xbox Series X provides this facility at a rate of 31.15 euros, a bit pricey.

Sony introduces its latest feature known as PSVR 2 that will connect PS5 through a cable that will help in interacting with the virtual reality content. The content includes games, movies, and social aspects. Sony enables you to play the games present in your existing library on your latest console. But the setback is that you can’t use PS5 HD camera with the VR headset.

However, it’s a bit disappointing to hear that Microsoft verifies that VR support will not feature in the latest Xbox Series X, which gives PS5 an upper hand. In these modern times, gamers are looking to experience something revolutionary, and PS5 providing a key feature of VR will boost gamers’ interest in this console.

Discussing the wall support, Sony and Microsoft went head-to-head to facilitate the users with the best and comfortable design. Both consoles come with wall support that helps the user to place controllers, games, and headphones on the wall. For Xbox Series X, it is available on Amazon for 45.80 euros, and for PS5, it is available for 79.50 euros.

PS5 introduces a protective and waterproof coating that prevents the console from getting dusty and scratchy. It is available for 20.99 euros.

A dust cover for Xbox Series X comprises thick 600D nylon with PVC lining ensuring prevention from dust and is easy to clean.

PS5 holds an advantage because of the VR feature that’s absent in Xbox Series X. However, both are the heftiest home consoles at the current time. Both consoles provide top-notch quality accessories with a minor price difference. For more information about gaming gears, go visit whatgaminggear.com.

Those who have been dreading the idea of having to play the single-player version of the Harry Potter games might be pleased to know that a new game has just been announced that will offer an immersive open-world experience. The game will be called Hogwarts Legacy and will be coming out early next year. Here are some things you should know about the Hogwarts Legacy Gameplay.

Despite its ambiguous title, Hogwarts Legacy is set to feature a very high level of character customization. Players will be able to choose from a wide variety of facial features, hairstyles, and skin tones. Moreover, they will also be able to add glasses and scars to their characters.

Whether or not you are a Harry Potter fan, you probably know that “Hogwarts’ Legacy” is an upcoming video game set in the wizarding world. The game is set in the late 19th century, many years before the events of the Harry Potter books and films.

Hogwarts Legacy Gameplay will also feature a wide variety of spells. These spells are important because they will allow players to perform tasks such as casting a spell or levitating a foe.

During its debut at the PlayStation 5 showcase in September 2020, Hogwarts Legacy received a lot of fanfare. The game is set in the late nineteenth century and promises a new, immersive experience. It will take players to familiar and new locations, including the Forbidden Forest. It will also feature new magical abilities and scenarios.

Hogwarts Legacy is developed by Avalanche Software. This company has previously produced Cars 3: Driven to Win and Harry Potter: Puzzles & Spells. In the game, players take on the role of a fifth-year student who’s catching up on the curriculum while working alongside Professor Fig. The game features non-linearity and character customization, giving players control over how they interact with the world.

Among the major features in Hogwarts Legacy Gameplay is the Room of Requirement. This magical space will serve as the player’s home base and a place to upgrade gear, create potions, and tame magical beasts. It also allows the player to learn spells and develop wizarding skills.

The Room of Requirement is also home to the Potion Station, which lets players make potions. These potions will provide offensive and defensive buffs when used. As players progress, more types of potions will become available.

During Gamescom, developers of the upcoming Hogwarts Legacy announced pre-order bonuses for players. This includes an impressive 72-hour early access period, a spooky variant cover, and other in-game bonuses.

For a while, fans were wondering what the real difference was between the various editions of the upcoming game. A Reddit user compiled a list of the official site’s extras, and now we know.

Hogwarts Legacy will be released in 2023 and will be the first full AAA Harry Potter game in years. It will be set in the 1800s, with a wide array of locations and events to explore. Moreover, it will feature a single-player open-world RPG and will be available on PC, PS4, and Xbox One. It is being published by Warner Bros. Interactive Entertainment and will be released on February 7, 2023. We have also made a guide for The Best Guns in Call of Duty: Modern Warfare II.

Will you see Harry Potter in the game?

No, you won’t be able to see or play Harry Potter as we mentioned above the game is set in the 19th century, many years before the events of the Harry Potter books and films.

Yes, it is an open-world game. It offers an immersive open-world experience.

Can you choose Hogwarts house?

Yes, you can choose your own Hogwarts House.

The Best Guns To Use in Call of Duty: Modern Warfare II

Call of Duty made a lot of welcome changes...
Read more
Gaming Gears

Everyone is thinking of shifting to Gaming Laptops instead...
Read more
Gaming Gears

Introduction The starting of a new decade brought new and...
Read more
Guides

There has been a lot of boom on Overwatch...
Read more
Gaming Gears

The rise in gaming and tech giants like Intel...
Read more

Everyone is thinking of shifting to Gaming Laptops instead...
Read more
Gaming Gears

The rise in gaming and tech giants like Intel...
Read more
Gaming Gears

Long past are the days when only Counter-Strike used...
Read more
Gaming Gears

Introduction Headphones are basic necessity for everyone nowadays, especially ones...
Read more
Previous articleThe Best Guns To Use in Call of Duty: Modern Warfare II 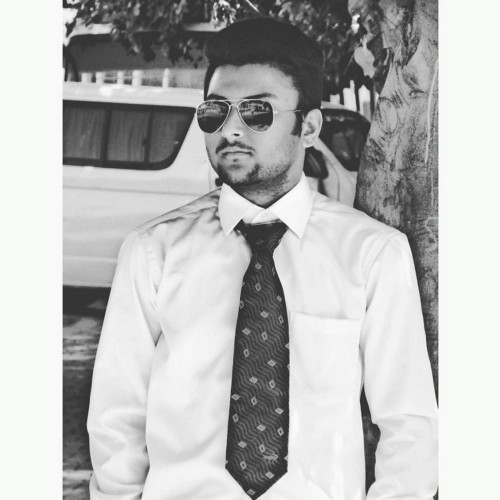 What Gaming Gear has the latest guides on games and gaming gear with discounts. There's never a bad time to save on gears and tech gear

The Best Guns To Use in Call of Duty: Modern Warfare II

Call of Duty made a lot of welcome changes...

Everyone is thinking of shifting to Gaming Laptops instead...

Introduction The starting of a new decade brought new and...